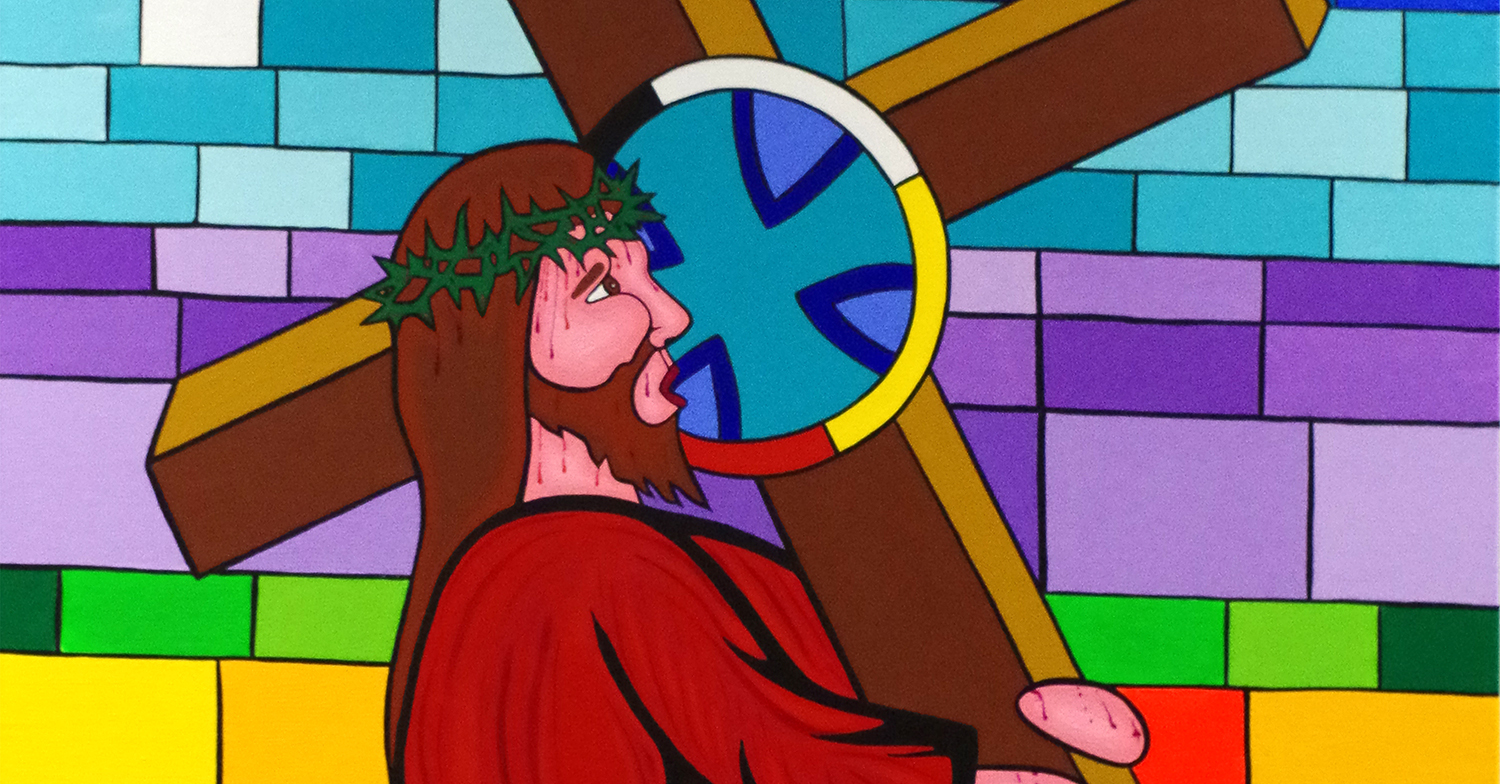 Gladys, my mother’s mother, told me when I was a young child that Jesus was crucified and hung on a cross and died for our sins.

Before he died for our sins he travelled a long road carrying the weight of the cross upon his back and shoulders. Along the side of the road were very many people shouting and saying mean things about Jesus.

My grandmother also told me that this symbolized the weight of the world’s problems that Jesus carried upon his back. She referred to them as burdens and how he was so willing to give up his life and die for our sins that we may have life eternal.

I came into Red’s life long after his grandmother Gladys died and have been walking the good road with him for a number of years. We were friends, and over time, like so many friendships, ours grew organically.

When we first started down the good road together Red did not have a driver’s license. That meant that I would pick him up and we would drive together to Stratford, London or wherever we needed to go.

Red, like most of his people, is a storyteller as well as a gifted artist and musician. There was nothing that we didn’t talk about as we covered the highways and byways of Southern Ontario. Inevitably any conversation would become an accounting of his deep faith and spirituality. Somewhere on our journey Red asked me if he could call me ‘grandmother’. I was incredibly humbled by the ask and only accepted it as Gladys, the only grandmother that Red had known, had moved on to the spirit world.

Gladys and her husband were survivors of a Residential School and yet she was a woman of deep Anglican faith. She taught Sunday School at St. John’s Anglican Church, Kettle Point and saw to it that Red was baptized.

The summer Red was 11, she sent him to Huron Church Camp, now Camp Huron. It had a profound effect on the young Red, leaving him with very fond memories of that summer. Though a devout Anglican she never lost sight of her deep Indigenous spirituality, passing that gift on to Red. I learned so much from Red on our road trips, most especially how one can live a faith driven life while embracing two distinct faith traditions.

Several years ago, Red created a masterpiece, it was a depiction of the Last Supper, also titled Chief and Council. Red placed Mary Magdalene at Jesus’ right hand and gave Jesus and all the disciples eagle feathers, with the exception of Judas who was given a turkey feather.

This painting caught Bishop Todd’s eye. He purchased a print for Church House and commissioned a painting from Red.

Returning to the Huron shore that day Red discussed what he wanted to paint for the bishop, he was drawn to paint Jesus carrying his cross. On the 70km drive home the painting was taking form in his mind. Watching and listening to Red’s creativity come alive was extremely moving, the painting was ‘born’ driving back to Port Franks. Red was determined to have the painting finished by Easter of this year.  Approaching Holy Week, the painting was almost finished but it lacked a background. Red’s creative mind was working overtime to finish it. He stopped by the house one day, as he often does. We were sitting in the living room talking when all of a sudden he said, “that’s it, the colours”!

Red was looking at a framed photo of a stained-glass window that hung over my head. He must have seen it many times but at that moment it spoke to him as it never had before. Red finished the painting incorporating the colours and design from the photo and we delivered it to the Bishop on Wednesday of Holy Week.

After Red presented it he took out his flute and played a song, of his composition, for all who had gathered in the Cronyn Room. Red’s music, like his art comes from a place deep within his soul.

Walking the good road with Red has been a life nourishing, extremely spiritual experience. The more miles we covered the more our relationship deepened, Red has taught me more about faith and spirituality than I could learn from any books or courses. This ‘grandmother’ has been so blessed by our friendship that goes beyond anything that I could ask or imagine.

Red’s painting will hang prominently in Church House where all can be enriched by its depth and beauty. Red gave the painting a title, ‘The Weight’. The title so obviously inspired by Red’s early conversations with his beloved grandmother Gladys.

Jul 3
Lambs to the Wolves